On the 15th of July 2020, during the Coronavirus outbreak, the government announced that the long awaited law to “make it illegal to fit tyres aged 10 years or older to the front wheels of lorries, buses and coaches, and all wheels of minibuses”.

Why was the legislation introduced?

A 2012 coach crash on the A3 in Surrey claimed the lives of three people, including the coach driver, and left others with life-changing injuries was caused by the failure of a 19-year-old tyre. Following an inquest, the coroner wrote to the Government suggesting a ban on tyres older than 10 years for coaches and minibuses. 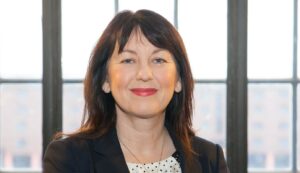 Frances Molloy. Mother of 18-year-old Michael Molloy, who was killed in the crash

The response was tepid: the Department of Transport updated the safety guidelines for public service vehicles. These recommended that tyres over 10 years old should not be fitted, but nothing was enshrined in law. However, campaigners insisted that this was nowhere near enough. Frances Molloy — mother of 18-year-old Michael Molloy, who was killed in the crash — worked relentlessly to persuade the Government to ban old tyres. She was backed by powerful industry voices, including leading coach company National Express.

In response, the Government commissioned research into the role of age in tyre failure. The results confirmed that ageing tyres may suffer corrosion, leading to an increased chance of failure. The official ban followed shortly after.

"In the same way that you wouldn’t drive a car with faulty brakes, ensuring your tyres are fit for purpose is crucial in making every journey safer... Taking this step will give drivers across the country confidence their lorries, buses and coaches are truly fit for use – a safety boost for road users everywhere... This change is in no small way the result of years of campaigning, particularly from Frances Molloy, to whom I thank and pay tribute."

6 Signs Of A Wheel Alignment Problem

How Safe Are Your Tyres?

Everything You Need To Know About Run Flat Tyres